View all posts by Samantha Walravens →

Crista Samaras made headlines as a nationally ranked lacrosse player at Princeton from 1994-1999 and a gold medalist in the 2001 IFWLA World Cupas a member of the Women’s National Team. She went on to coach women’s lacrosse at Yale and start three companies. From the outside, she is a true American success story. What is less known about her is her lifelong struggle with depression.

“I wasn’t a person who ‘kind of” suffered from depression,” explains Samaras. “I was a suicidal kid from seventh grade until today. It’s just the state I’m in.”

Lacrosse became a way for her to battle her demons.

“I couldn’t find ‘happy’ or a sense of joy,” she continues. “I just wanted to be alone, rid of the competition. For me, lacrosse wasn’t about just winning. It was winning to such a huge degree that other players were no longer in the same playing field as me.”

During her sophomore year at Princeton, the perfect storm hit—Samaras’ depression spiked, and her parents lost her childhood home. She ended up failing out of school.

“It was a very public failure—one that I couldn’t hide behind,” she admits.

After a yearlong break, during which she took classes at the University of Maryland and discovered her passion for writing, she returned to Princeton.

“The experience taught me so much more about my own grit and resilience and overcoming failure,” she says. “Graduating from Princeton was, by far, the hardest thing I’ve ever had to do.”

As founder and CEO of Brave Enterprises, Samaras devotes her life to helping teenage girls get to the base of their fears and learn strategies to become more brave, a term she defines as “taking action when we’re afraid.” In this article, Samaras shares five ways we can encourage bravery in our daughters, and, in turn, live more brave lives ourselves.

Read the full story on Forbes.

Fed up with the lack of action being taken by government officials and leaders to end mass shootings, Nallapati decided to take what she knew best– technology — and apply it in a way that would make a lasting impact.

“I was tired of people posting condolences on Facebook and then forgetting about the incident,” Nallapati explains.  “I want to use my knowledge of artificial intelligence to bring people together to solve a problem that is prevailing in society.”

Nallapati put a call out to her network of young women technologists, the Aspirations in Computing community, to join the effort. Together, they created a platform called #NeverAgainTech that uses predictive analytics and artificial intelligence to minimize gun violence and potentially prevent the next mass shooting. #NeverAgainTech is led by teenage girls, a welcome anomaly in a tech world dominated by men.

Samantha spoke to a group of students at Princeton University about the challenges women face in high-status occupations. She was candid, funny and immediately connected with our students, many of whom stayed after the event to talk to her.

Do you ever feel like everyone around you is smarter and more accomplished? Don’t worry, you’re in good company. Even rock star women like Sheryl Sandberg suffer from self-doubt and what has been dubbed the “impostor syndrome” — the nagging fear that plagues many high-achieving women (and men) that they aren’t as smart or talented as the people around them. The good news is that confidence is not a fixed state, but more like a muscle that can be strengthened with regular workouts, as shown by authors Katty Kay and Claire Shipman in their book, The Confidence Code.

Here, we share 5 exercises that Sheryl Sandberg and other Silicon Valley do each day to build their self-confidence.

1. Write down 3 things you did well that day before going to bed.
After the tragic death of her husband in 2015, Sheryl Sandberg felt like she would never be able to bounce back and accomplish the things she had done in the past. Her friend Adam Grant, a psychologist and professor at the Wharton School, convinced her otherwise. He suggested she make a daily practice of writing down 3 things she did well every day, at night before she went to bed. “Focusing on things I’d done well helped me rebuild my confidence. Even if it was small, I could record something positive each day,” she explains. Now, instead of focusing on what went wrong, she ends the day by reflecting on her successes.

2. Push yourself outside your comfort zone.
Carol Carpenter, VP of Product Marketing at Google, had gotten used to being the second-hand person in her role as Chief Marketing Officer at ClearSlide. So when she was tapped to be the CEO of ElasticBox, a cloud computing company, the negative voices began to creep into her head. “Taking the CEO role was uncomfortable for me. I had convinced myself that I was a great supporting actor, never the final decision maker, in spite of my prior experience running a $580 million global business with over 400 people.” Carpenter exercises her confidence muscle by pushing herself into uncomfortable situations on a regular basis. “Both success and failure contribute to muscle growth, ” she explains, “My mom-in-law has a saying, ‘Fly into the teeth of the shark.’ I remind myself of that every day!”

“You’re just a busy mom,” the doctor told me after reading aloud my test results that showed no signs of any medical condition that would account for my chronic fatigue: no anemia, no hyperthyroidism, no urinary tract infection or heart issues–all possible causes of extreme exhaustion.

“Try to give yourself a break,” he recommended. “Take time to exercise every day, and make sure you get enough sleep.”

But I did exercise, and I was getting enough sleep.

It wasn’t until I went to see a nutritionist, on the advice of a friend, that I got the wake up call that I needed. The nutritionist had me keep a food diary for a week, where I wrote down everything that I ate and drank each day. The results were eye-opening.

My breakfast consisted of a double soy mocha (I am lactose intolerant), followed by a muffin or piece of fruit at mid-morning. My lunch was a sandwich on a baguette with tuna salad or turkey. My dinner consisted of 2 glasses of wine, lots of pasta (I was always starving by dinner time), bread with butter, and some type of meat or fish. I’d make a green salad but wouldn’t eat much of it. After dinner I craved something sweet- soy ice cream and a handful of M&Ms usually did the trick.

“Of course you feel dull and drowsy most of the day,” my nutritionist told me. “You are living on carbs, sugar, caffeine and alcohol.”

Read Full Article: Tired All the Time? It Could Be What You’re Eating 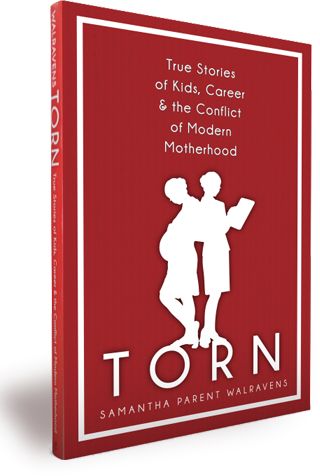